We were considering getting a pal for our pointer Murphy as his best buddy Rusty had died very unexpectedly about 6 months earlier and he wasn’t coping well. I had set in my mind to get a pup no more than 6 months old so it wouldn’t bring bad habits into the house and would be trainable.

I was scrolling through Facebook and a picture of Ava (then called Estelle) flashed up in front of me and she took my breath away! I read her story I then carried on scrolling but I couldn’t get her out of my mind all day. I went back and forth to the picture, so much so that I emailed Rima that night. 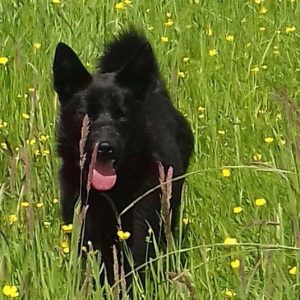 Ava had been found straying in Monaghan on the 22/5/17, Rima thankfully found her and rescued her from the pound and found her a fabulous foster home with the beautiful Clare Rodgers and her family in Omagh. They took her in for four weeks and assessed her, looked after her, fed her, loved and trained her. I will forever be indebted to them for keeping her safe – it is by no means an easy task to take on a big dog like Ava or a cheap one! Ava was put up for rehoming on the June 17 she was around a year old and seeing that post changed my life and my family lives forever! 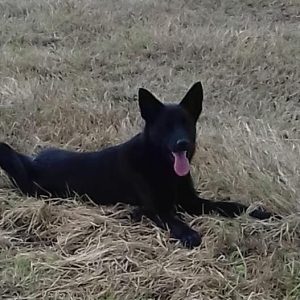 We drove down to Omagh with Murphy and met Clare and Rima. The dogs went for a long walk and played together in the park and then we went back to Clare’s – Murphy and Ava got on like a house on fire and it was a match made in heaven. After the home check carried out by the very lovely Alison Machin it was all systems go and within the week Ava was home with us.

Ava and Murphy do everything together including stealing my lollies!! The only time they are not together is bed time. They nap together during the day but a night its separate spaces but usually in my bed! 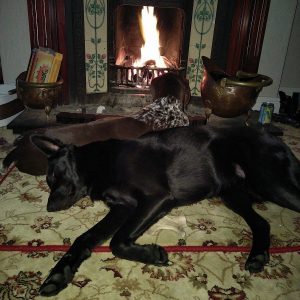 Ava is is the sweetest, most loving and loyal dog you could ever wish for! How someone could abandon her is beyond me.

I have always in the past had pedigree dogs purely because my first dog a German Shepherd died of hip and back problems – I couldn’t go through that again so I researched and found pointers and vizlas were unlikely to develop the disease and from then on those were the breeds we chose. I had no idea there were so many homeless dogs in desperate need or how many were being neglected or mistreated through puppy farming. I will never again have another dog that is not a rescue, if you want a specific breed of dog there are so many good rescues out there doing fantastic work. 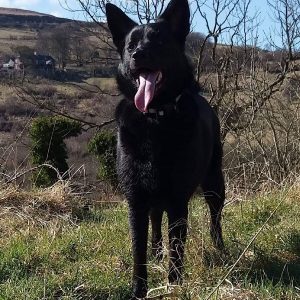 Almost every breed has a dedicated rescue:

They all do such amazing work and ensure the right dog is paired with the right home. It takes so many people and so much love to help these dogs – from the people who transport the dogs, the rescuers ,the fosters ,the home checkers – all amazing people that I can never thank enough.

I am married 23 years and never believed in love at first sight until this picture!! She’s a Claddagh girl through and through!!